This paper is a review of the literature dealing with social interaction in online learning environments. With a lot of universities moving more and more classes online, there is a big question about how to maintain social interactions in this learning context. This review focused on the factors that individual researchers found that influence the amount of time that learners spend interacting with their peers in online classes. It also includes ideas from many of the researchers for further research in this area, mainly to see what could lead to increased social interaction between learners in online classes.

What comes to mind when we see the words “autonomous learner,” or “autonomy?” For many people what comes to mind is a picture of a studious learner bent over material or searching for resources in a library by themselves. The reason why we have this picture may be because of the prefix of autonomy, “auto.” The definition of auto from Dictionary Reference online reads, “auto, a combining form meaning “self,” “same,” “spontaneous,” used in the formation of compound words like, “autograph, autodidact.” This definition seems to be intuitive and leads one to the image of the lone student. Autonomy however does not mean “alone.” Benson’s definition of autonomy doesn’t specify if autonomy is an action taken alone or with others. The definition Benson introduces gives is as follows “autonomy can be broadly defined as the capacity to take control over one’s own learning” (2011, p. 2). Even though this definition does not mention whether autonomy happens alone or with others, Benson for one believes that interdependence is a necessary key to achieving autonomy. Benson’s citation of Kohonen shows that Benson does not believe that autonomy happens independently. Kohonen says that, “…autonomy thus includes the notion of interdependence, that is being responsible for one’s own conduct in the social context: being able to cooperate with others and solve conflicts in constructive ways” (1992, p. 19). Kohonen’s statement demonstrations that learners need other learners, teachers, and tutors to be truly autonomous. Social interaction consequently becomes necessary when it comes to autonomy, because interdependence cannot happen without it.

Social constructivist theories fit best when describing social interaction. These theories include the ‘zone of proximal development’ introduced by Vygotsky in 1978 (Benson, 2011). Vygotsky’s theory was that the learner would make up the difference between their own abilities and where they wished to be through the help of other learners and teachers. Little, Thorne and Smith have also contributed research to show that factors that contribute to learner autonomy like “cognitive processes, including the critical reflection and decision-making so essential to autonomy, are seen to depend on participation in meaningful social interaction” (Murphy, 2014, p. 120). This leads to more input and output (Murphy, 2014. Social interaction and autonomy are seen to be “crucial in sustaining language learning motivation (Murphy, 2014, p. 121).”

Social interaction seems easy to achieve when one examines a traditional American classroom. In most American traditional classrooms students engage in group or pair work, often using their classmates to “fill in the gaps” in their learning and knowledge. However, what happens when the classroom loses this face to face interaction? What happens when it goes online? Does social interaction suffer when students are no longer able to communicate face to face? The studies I reviewed prove that social interaction is both necessary and achievable in distance education as long as certain factors are taken into consideration.

There are many issues to be considered when looking at social interaction in distance education. In the studies I reviewed these were the issues addressed: motivation, emotions, the formation of online communities, social behaviors and the types of tasks students were asked to complete, as well as a reminder not to take learner participation in online social interactions for granted. One important factor when it comes to ensuring that social interaction happens online is to have the support of everyone for the program or course. This is shown in Liu’s (2008) study. When everyone is involved in creating a good environment for promoting social interaction, then students will find the programs to be more motivating. Motivation is studied by Murphy in her 2014 piece. She finds that students are particularly motivated when they are studying another language for a specific reason/purpose. The study presented by Freiermuth and Huang (2012) breaks down motivation even further by focusing on four factors that affect task-based motivation. The four aspects they focus on are: the willingness to communicate, task attractiveness, task innovativeness and the need to communicate in the target language.

Many of the pieces talked about how communities need to be formed online in order to foster social interaction and how they are related to motivation. Wang’s (2005) piece includes how students’ social involvement behaviors, social context, online communication and interactivity will affect social interaction communities.  Kreijns, Kirschner and Jochems’s (2003) paper does not focus on the positives of social interaction, but instead serves as a reminder that the online environment doesn’t automatically inspire students to socially interact with each other, and reminds people not to neglect the social psychological dimension of the desired interaction.

In terms of findings for this research, Murphy’s (2014) finding, that there is support for autonomous distance learning is certainly echoed across almost all of these studies. Students can increase their learning through social interaction if certain factors are in place. Murphy (2014), Liu (2008), and Furnbourough and Huang’s (2012) findings highlight the importance of having the support of tutors, teachers, other staff and administrators in order to make distance education classes a complete success. Furnbourough goes even further by showing that one of the reasons why one of her test groups, group C did poorly was because they were unwilling to contact tutors or socially interact with their classmates or in other communities online.  Murphy, Wang, and Liu all stress the importance of communities for online learners in their findings. Murphy’s (2014) findings suggest that if the learner can find an online community in the target language to help them to meet their language learning goal, they will be more motivated to learn the target language. Liu (2008) and Freiermuth and Huang (2012) both found that course and task design were essential to boosting motivation which lead to more social interaction.

Wang’s (2005) results were mixed. The positive outcome of his study is that online education provides students with more control over their level of participation, but the downside is the reduced “human aspect” He found that the “lack of visual and tonal clues and context information leads students to express strong opinions, which though possibly leading to meaningful and deep learning, also could lead to potential conflicts” (Wang, 2005, p. 86). Kreijns, Kirschner and Jochems’s research was more of a literature review than a study, but they too came up with results that would improve student social interaction online. Their finding is that there needs to be a social community for student learners, not just a cognitive one. Students need a place to be actually social, a place to meet their peers, people with the same perceived goals (Kreijns, Kirschner & Jochem, 2003, p. 343). These authors believe that having an online community that is only focused on critical thinking burns out students. There are many positive findings that have come out of these studies, but there are always problems and weaknesses when it comes to research.

Whenever there is research done in the field of autonomy there are problems and weaknesses with those studies. One of the weaknesses with several of these studies was sample size. Wang’s (2005) study followed three learners. It is hard to draw too many conclusions from studying three people, or make many generalizations about the research and the findings. Murphy’s (2014) study had problems because not all her participants kept up their journals which was her form of measurement. Only thirty-one out of 191 participants kept up with their logs for the full nine months of the study. Liu’s pitfall was that she only interviewed the students and not the administrators, or teachers thus not gaining a “complete picture of the phenomenon” (Liu, 2008, p. 12). Like problems and weaknesses, gaps are often found in studies.

When it comes to research, often some things are overlooked, or not considered for the research at the time the study was conducted. Murphy (2014) did not consider learners with a common learning goal. She wanted to study online communities and how they boosted learner motivation. She might have had very different results if all the learners she studied were learning the target language for the same reasons. Furnborough (2014) didn’t take into consideration the anxiety factor of one of her groups, group C. This group was the same one that did not reach out to other learners or tutors for help. Perhaps if she had considered it, group C’s results might have been different. Liu’s (2008) study only looked at one kind of interactive software and didn’t consider other interactive software like video conferencing, Skype or meetings and chat rooms. Even though there were some gaps in the research, sometimes these studies didn’t focus on the gaps, instead they focused on what might be considered for further research.

Most studies had ideas about things that could be researched in the future to further promote social interaction online. Liu thought that in the future, research should look at how students interact with other available software programs. Furnborough wonders how tutors can “suggest” ways to help students instead of just offering solutions to their problems. She also wants more research on affective factors like anxiety. Kreijns, Kirschner and Jochems want there to be more programs creating courses that would have a social component combined with a critical thinking component. Wang wants to know more about how student personalities explain participation patterns, and how social interaction affects the student’s satisfaction and their learning outcomes.

The points that these authors are bringing up that influence social interaction like emotions, task type and social behaviors do not seem to be gaps in the research, but promising avenues for further exploration. It is clear that there are a lot of factors such as motivation that go into making social interaction in distance education a success. The possibilities for research seem endless as more and more students turn to the internet to meet their educational needs.

Notes on the contributor

Caron Treon is a Doctoral Candidate in TESOL at Anaheim University and holds a Master’s in TESOL from California State University, Sacramento. She teaches preparatory writing at the University of California, Davis for Sacramento City Community College with sixteen years of experience in the ESL field. She lives in Carmichael, California with her husband and two daughters.

Wang, H. (2005). A qualitative exploration of the social interaction in an online learning community. International Journal of Technology in Teaching and Learning, 11(1), 79-86. Retrieved from http://www.sicet.org/journals/ijttl/issue0502/Wang.Vol1.Iss2.pdf

2 thoughts on “Where are my Classmates? Social Interaction Online” 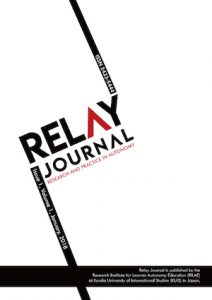